Check it out, it’s a new front for my “encouraging people to read more webcomics” campaign: I signed up as an affiliate with Bookshop.org!

One of my curated lists of webcomic print collections is supposed to be featured on their front page this month. There’s also a “storefront” where you can see all my reclists, any time, as I make them.

A cut of Bookshop’s profits goes to local bookstores — you can even pick a specific favorite store to support. If you buy through one of these links, I get a cut as the referrer, so it supports this comic too. And none of the money goes through Amazon. It’s a win-win-win.

I’m going to try to post a handful of recs here every month. Since this is Women’s History Month, let’s go with:

Always Human: A woman who designs VR environments — and constantly redesigns her own appearance — falls for one of the few people in The Future with an allergy to nanobot body-modding.

A beautiful soft-focus variation on the usual Webtoon style. The characters fairly glow, and there are some inspiring landscapes, especially when the VR gets involved.

Main f/f romance, background polyamory. Everything is sweet and wholesome; not that there’s no conflict, but I don’t remember anyone being malicious, it’s just from well-meaning misunderstanding.

Nimona: Shapeshifter girl shows up at the doorstep of a supervillain’s evil lair, announces she’s his new assistant.

Main m/m exes. Some readers connect Nimona with the creator’s at-the-time-unrecognized Nonbinary Feelings — it’s not explicit canon, which is why I’m putting her on the Female Protagonists list, but no shade if it’s your headcanon.

Bite Me!: Bar-wench-turned-vampire makes an accidental posse of supernatural friends and wreaks havoc across revolutionary France.

This is one of those series where you wish it was longer because it’s so good…but also, the pacing is perfect, every comedic beat building on the last one until the frenetic climax, so you wouldn’t want to change the length if it screwed that up.

On a Sunbeam: Recent grad gets a job with an archaeological restoration team, In Space. Flashbacks unveil a romance she had at school, with a girl who disappeared under mysterious circumstances. Do the space archaeologists know anything about it?

Main and secondary f/f romances, nonbinary character in the main team. (No male characters at all, except for a cat. This is never commented on, or plot-relevant at all.)

Girls With Slingshots: A hard-drinking writer, her cuddly best friend, a bunch of fellow twentysomethings in a range of awkward jobs, and a talking cactus.

Cartoony art with the comfortable, friendly humor of a traditional newspaper comic. (Don’t worry, that doesn’t stop it from acknowledging R-rated topics, and/or the existence of gay people.)

Have your own favorites that aren’t on this list? Got a request for a rec theme I should do next month? Drop a comment and share! 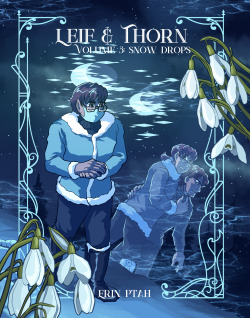