Turning young readers loose on the whole unfiltered internet is…not always the greatest idea. If there’s a kid in your life that you want to indoctrinate into webcomics, here are a couple family-friendly options to start them with.

If you buy the paperback versions, even better! You get all the fun content of the comics, with no danger of clicking a dodgy banner ad.

The art is enchanting, the friendships are adorable, and the tea dragons will make you want plushies. Multi-Eisner winner, and well-deserved.

In spite of its intense fandom with plenty of adult-content fic, the actual comic here is downright chaste. Which earned it some criticism, perhaps not unfairly (you get a sense the author intended to make it steamier at one point, then pulled back). But it does make the series a good fit for this list.

Cucumber Quest: Two adorable bunny children, living in a fantasy world where every setting has an adorable theme, get sent on a quest to save the world. Using the power of magic, friendship, swordfighting, and catchphrases from their favorite magical-girl shows.

…This series got through several books’ worth of subquests before going on indefinite hiatus, so it’s also a way to introduce young readers to the downsides of webcomics.

Softies: The Earth gets blown up, and young survivor Kay gets swept up by a space-junk collector just in time — she couldn’t hold her breath for much longer.

Charming sci-fi comedy. It’s not clear if we’ll ever find out why the planet exploded. Co-starring some alien pets that will, again, make you want plushies.

Breaking Cat News: Intrepid cat reporters bring you the latest headlines, from all the news that matters to cats!

…Seriously, that’s it, that’s the whole strip. The artist has a perfect eye for capturing Cat Shenanigans, the watercolors give it a classy handcrafted touch, and a good time is had by all.

A cut of Bookshop’s profits goes to local bookstores — you can even pick a specific favorite store to support. If you buy through one of these links, I get a cut as the referrer, so it supports this comic too. Time to do the poll for the Leif & Thorn Volume 5 campaign: Which art should I use for the exclusive mini-print that goes in every book?

As usual, don’t worry about the exact sizes — they’re all high-res enough for these prints, and I’ll adjust them to look good at the right dimensions. Just focus on picking your favorite(s).

The poll will remain open until the Kickstarter fundraising deadline (November 4), and you can vote for your top 2 choices:

Which illustration do you want on the mini-print with Leif & Thorn Volume 5? (Choose up to 2)
Total Votes: 130
Voters: 78
Voting is closed It’s been a chaotic month over here. I hadn’t even finished the project video when I went ahead and launched the campaign. (The video’s up now! If you watch it, turn on the English-language captions — you’ll probably need them.)

The “print a single short run of a new book” cost keeps going up…but we’re still 59% funded in the first 24 hours, so I’m not worried.

ETA: and, 48 hours in, we landed Kickstarter’s Project We Love badge!

Go back the campaign, if you haven’t already — if you missed Volumes 1-4, you can get the whole backlist in a single order — and let’s add some cyan-blue to this lovely palette on your shelves. The next Leif & Thorn crowdfunding campaign is coming!

We’re launching in October, a little later than usual.

(…It’s a winter-themed book, so I guess we could push it to December, but I’m not waiting that long.)

As usual, the comics for this book are 100% drawn already, so that wasn’t the hold-up. It was about checking out this year’s explosion of new Crowdfunding Platform Contenders.

A bunch of them look really good! Trouble is, they’re all (a) not quite up-to-speed in terms of features, or (b) doing a limited campaign schedule that’s already booked through 2023. And I’m not exactly Hiveworks or Iron Circus, big enough to just independently platform myself.

If Kickstarter had made any progress on their Definitely Still Happening Mystery Blockchain Project, I might take a hardline stance on avoiding them, no matter what project delays it caused…

But it’s been 10 solid months of nothing! So.

We’re doing Kickstarter for Volume 5. Keep an eye out for the project preview link, it’ll be dropping here soon.

(No guarantees what we’re doing for the next campaign. Give them another year to develop, who knows where all these platforms will be?) 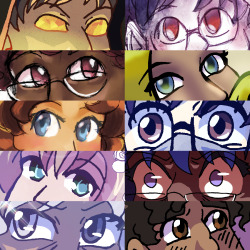 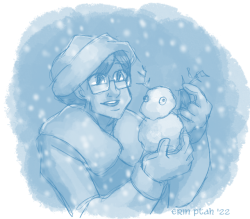