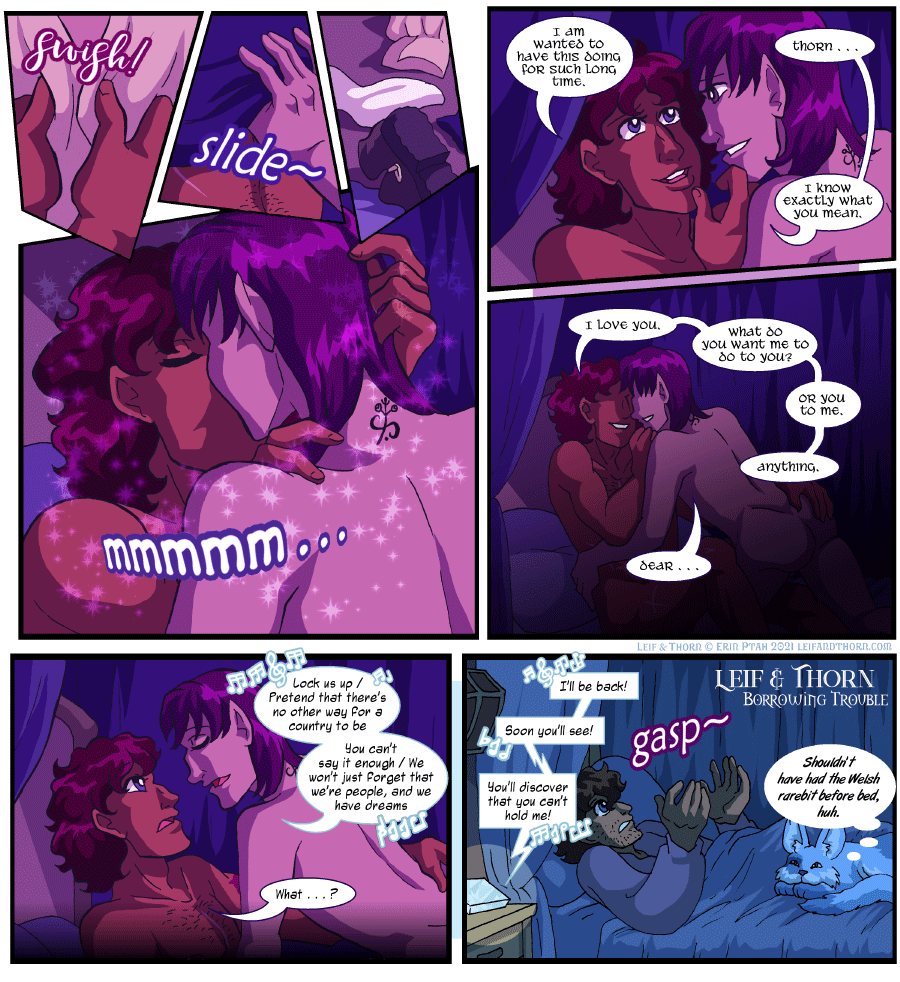 New storyline! Getting back to our main couple, and starting it off with a bang. (*rimshot*)

…There’s an alternate version of this strip on Patreon. Same art, just without all the conveniently-placed shadows and speech bubbles. If you’re into that sort of thing.

But don’t worry, we didn’t just skip over a ton of buildup, their waking-world relationship still has a good ways to go.

The title is a callback to the 2017 “Borrowing Limits” storyline. Welsh people aren’t a thing in-universe; Tiernan’s comment is a fourth-wall-breaking Winsor McKay reference.

Thorn: I am wanted to have this doing for such long time.

Thorn: I love you. What do you want me to do to you? Or you to me. Anything.

Leif (singing): Lock us up / Pretend that there’s no other way for a country to be / You can’t say it enough / We won’t just forget that we’re people, and we have dreams

Phone alarm: I’ll be back! Soon you’ll see! You’ll discover that you can’t hold me!

Tiernan (thinking): Shouldn’t have had the Welsh rarebit before bed, huh.

Those lyrics are rather apropos, although they don’t represent a sentiment Leif would actually choose to express…

Well, he can get this for reasonable price tomorrow. Of course he won’t because it wouldn’t be right.

welsh rarebit is super good and entirely worth all the weird dreams. can vouch.

I mean it hasn’t caused any for me but it’s super cheesy, you never know.

What kind of pet(s) do you have? (Check all that apply!)