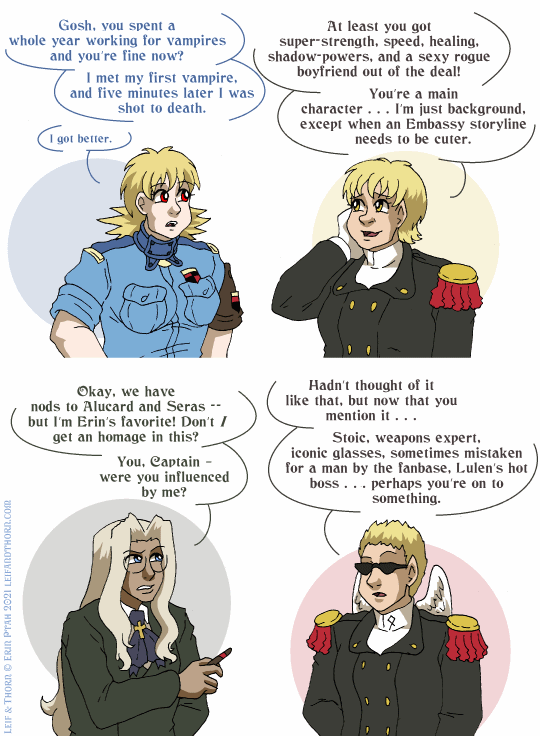 Phew, it’s been a minute since I last did one of these, huh?

Lulen was deliberate, as was Lord Imri (the visual Alucard homage).

Seras: Gosh, you spent a whole year working for vampires and you’re fine now? I met my first vampire, and five minutes later I was shot to death. (I got better.)

Lulen: At least you got super-strength, speed, healing, shadow-powers, and a sexy rogue boyfriend out of the deal! You’re a main character . . . I’m just background, except when an Embassy storyline needs to be cuter.

Integra: Okay, we have nods to Alucard and Seras — but I’m Erin’s favorite! Don’t I get an homage in this? You, Captain – were you influenced by me?

Sigrún: Hadn’t thought of it like that, but now that you mention it . . . Stoic, weapons expert, iconic glasses, sometimes mistaken for a man by the fanbase, Lulen’s hot boss . . . perhaps you’re on to something.