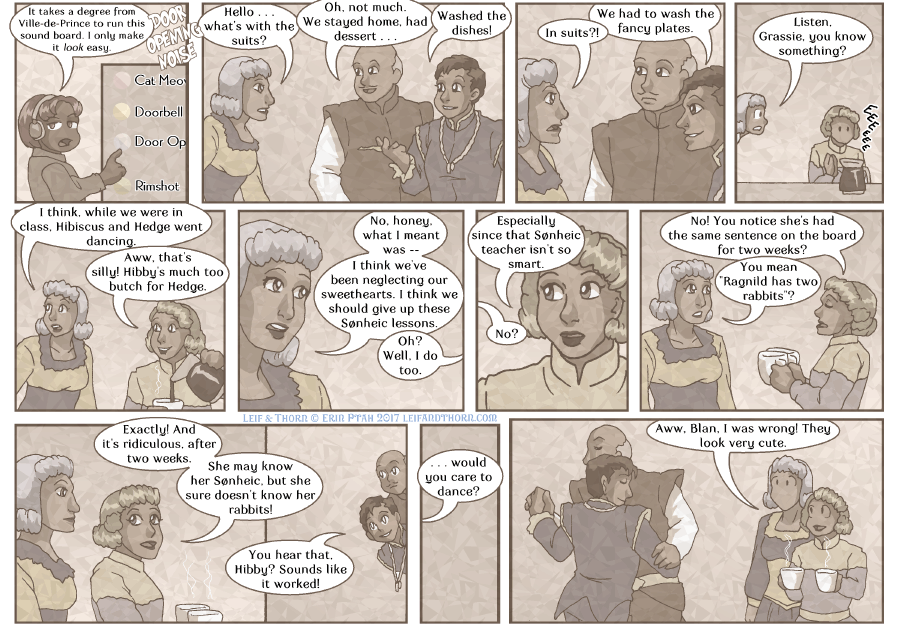 Sound tech: It takes a degree from Ville-de-Prince to run this sound board. I only make it look easy.

Hedge: We had to wash the fancy plates.

Blan: Listen, Grassie, you know something?

I think, while we were in class, Hibiscus and Hedge went dancing.

Grassie: Aww, that’s silly! Hibby’s much too butch for Hedge.

Blan: No, honey, what I meant was — I think we’ve been neglecting our sweethearts. I think we should give up these Sønheic lessons.

Especially since that Sønheic teacher isn’t so smart.

Grassie: No! You notice she’s had the same sentence on the board for two weeks?

Grassie: Exactly! And it’s ridiculous, after two weeks. She may know her Sønheic, but she sure doesn’t know her rabbits!

Hedge: You hear that, Hibby? Sounds like it worked!

Grassie: Aww, Blan, I was wrong! They look very cute.

Now that i know they’re not both men, i like this scene less.