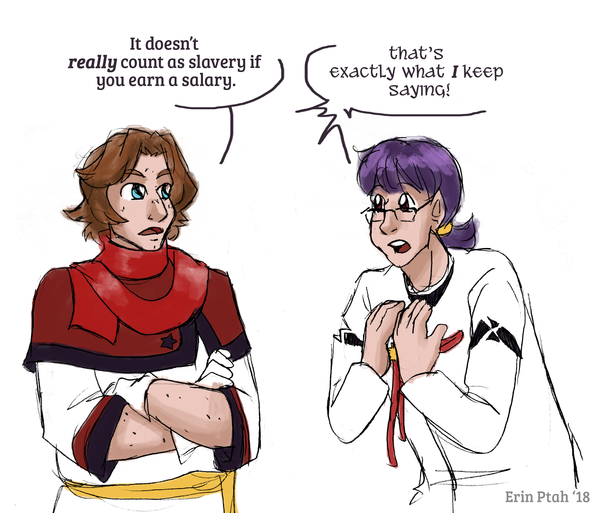 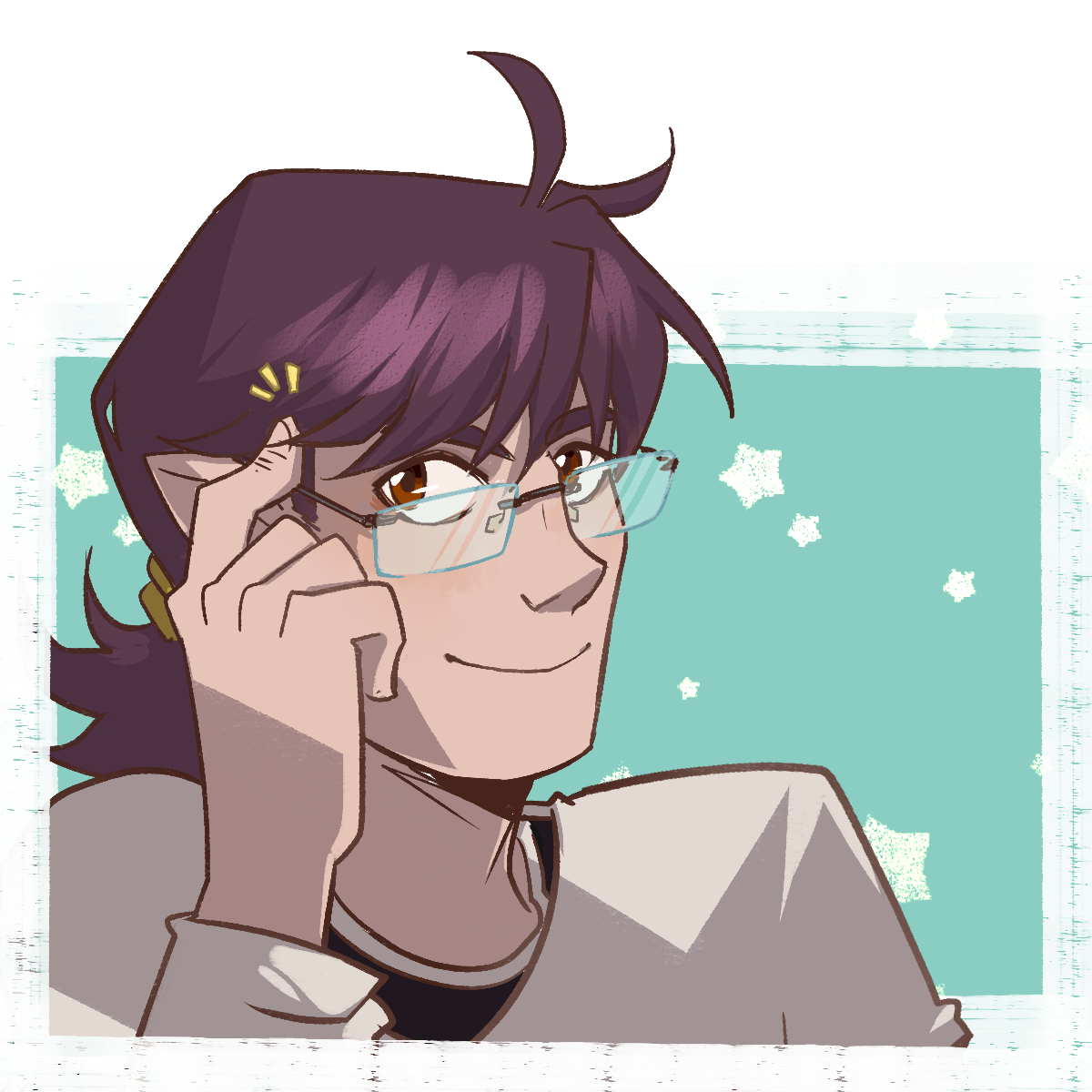 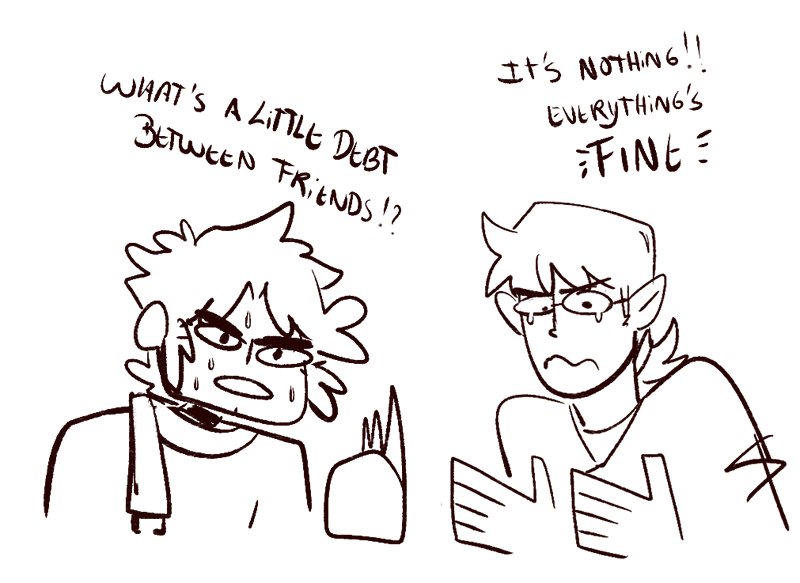 Crossover starring Nikita from O Sarilho. I drew the first one — then the artist, Shizamura, hit back with a follow-up.

Nikita: It doesn’t really count as slavery if you earn a salary.

Psst. Leif. It’s still slavery if your ‘salary’ is EXACTLY equal to what they say your room and board is, or you only get scrip to buy stuff from the company store.

… actually, I think slavery is defined by other means … like if you can quit.

They’ll gladly let him leave… once he’s paid back his debt.

Exactly, which is where the term wage slave comes from.

There are certainly gray areas with the term. Starting out well above the gray areas, I work for a salary, but I have no debt to pay off, and enough in savings to last six months of unemployment. The only thing preventing me from changing jobs is the uncertainty of a new job. I don’t consider myself a wage slave or even close.

I have coworkers who managed to legitimately acquire massive debt through their own mistakes. They have basically no savings, as anything more than what they need to pay utilities and care for the family for a month is used to pay down the debt, to minimize interest. One of these people managed to acquire a debt measured in millions, but unlike Leif, they’re making enough money from their salary that isn’t a multiple lifetime sentence. The only thing preventing them from changing jobs is the uncertainty of a new job, but that pressure must be significantly greater for them. I’m not certain if they would count as wage slaves or not. It feels wrong to think of the members of this group with six figure US salaries as wage slaves. The one paying off a student loan that was twice his salary two years ago, and is within spitting distance of the poverty line is much closer to being a wage slave.

The workers of the grocery stores around where I live can and do change jobs fairly regularly. They make fairly close to minimum wage, which isn’t enough to rent an apartment around here. Fortunately, we do have a mass transit system, and the government gives them a low income price break on monthly passes, so that a monthly pass only costs them about 5-10 hours of work. But even with one of those passes, they have long commutes to work near where I live. Many of them work two or three jobs to cover the fact that they can only get part time work. Those I’ve overheard discussing their financial situation with coworkers are all living paycheck to paycheck. I think they’re probably wage slaves.

The employees at the restaurants I frequent make at least 50% over minimum wage. I know this because those restaurants boast this fact. I don’t pat myself on the back for eating at these places, as I go there for the food, not to encourage restaurants who pay people a livable wage. I’m not certain it is that livable, but I haven’t studied their situations. The employees are happy with their jobs, which most of them have had for years. Most of the conversations I’ve heard about their personal financial situations indicate they’re saving a bit of money, enough they’re not still living paycheck to paycheck. They don’t consider themselves wage slaves. One of them is still dealing with debt from before he worked there. He’s still living paycheck to paycheck, and is almost certainly a wage slave.

The term for this is “shared cropping” or “indentured servitute” in the US indentured servents were phased out when they started serviving until the end of there term. Shared cropping was phased in once slavery is illegal. Now “migrant workers” and “subcontract employees” aren’t protected by labor laws in the US so some slaves are labled as such.

The salary is not slavery I thought of share cropping. when
Most of my coworkers work multiple jobs. I don’t because I live at home which saves on expenses. There is no public transportation and everyone (besides me) spends 1 to 3 hours commuting each way to live somewhere affordable. To get this job you need to have graduated college 4 years AND 4 years of comparable work experience. It’s 50% over minimum wage. Which works great for me, but requires a second job to support a family.