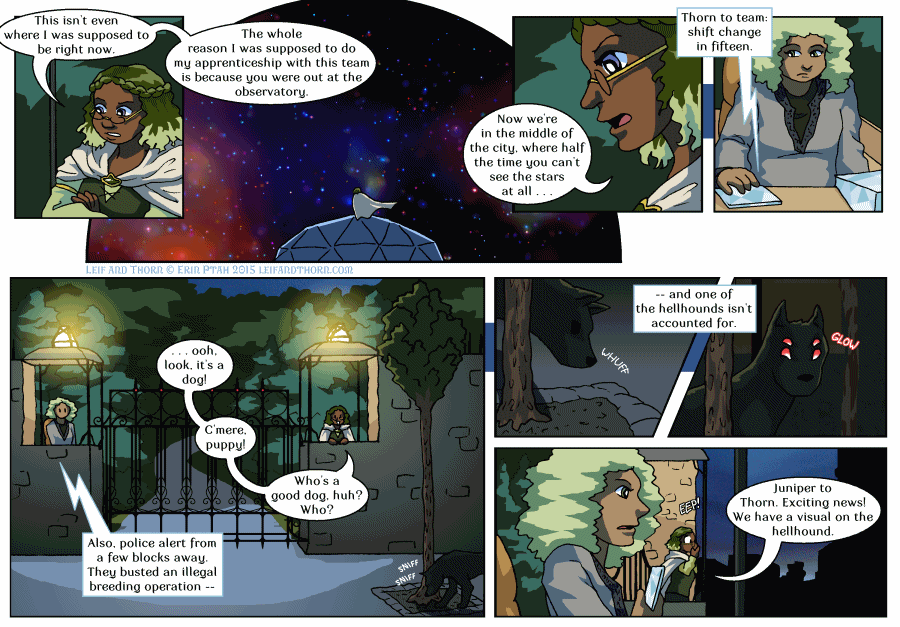 Gate graphic brought to you with a little help from tigers-stock.

Now we’re in the middle of the city, where half the time you can’t see the stars at all . . .

Thorn: Also, police alert from a few blocks away. They busted an illegal breeding operation —

— and one of the hellhounds isn’t accounted for.

Juniper: Juniper to Thorn. Exciting news! We have a visual on the hellhound.