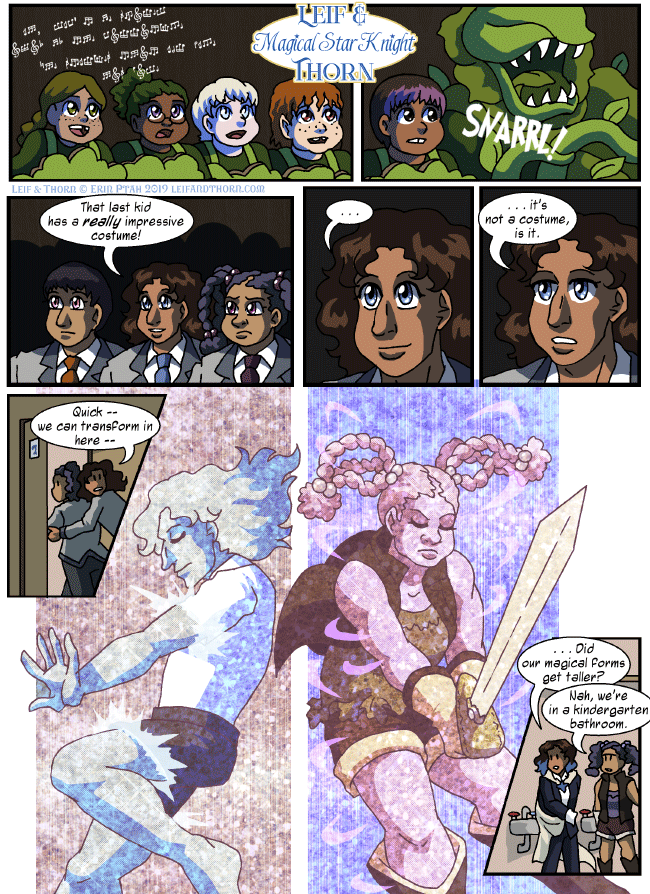 A couple of those kids are the ones Ivy hung out with with during Fish Story…who were never seen since. Until now!

In the main continuity, Hyacinth and her friends are also in Holly and Ivy’s age group. But in the Magical Thorn universe, Thorn’s sister doesn’t look old enough to have a small child. So I…opted not to show them, and maybe I’ll figure out their ages later.

Thorn: That last kid has a really impressive costume!

Quick — we can transform in here —

This is gonna be the best play ever.

Dammit we already used up the references!

Music cipher:
Oh, don’t be scared
away by the narrative
The stories that our lov(e)
has made