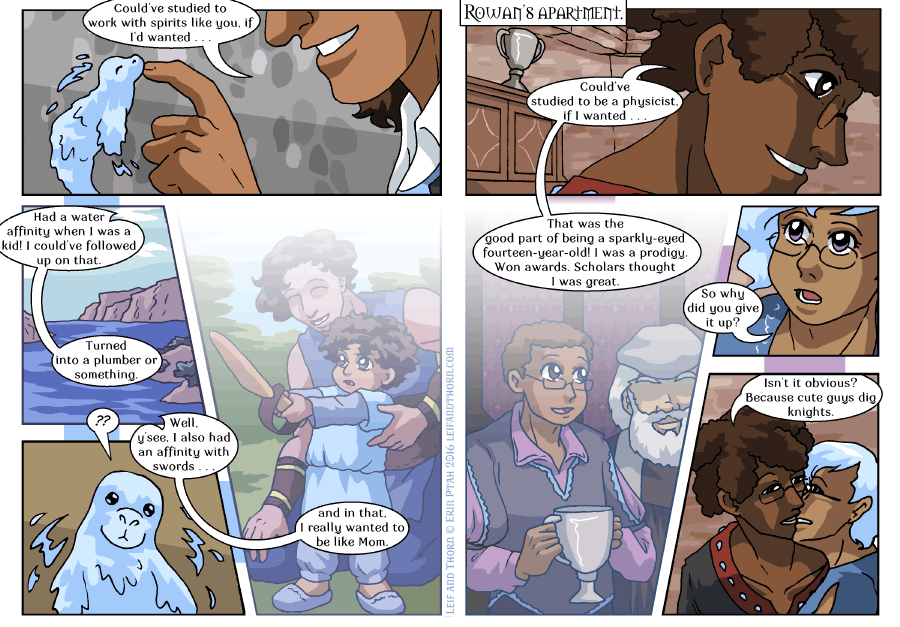 Thorn: Could’ve studied to work with spirits like you, if I’d wanted . . .

Had a water affinity when I was a kid! I could’ve followed up on that. Turned into a plumber or something.

Thorn: Well, y’see, I also had an affinity with swords . . . and in that, I really wanted to be like Mom.

Rowan: Could’ve studied to be a physicist, if I wanted . . . That was the good part of being a sparkly-eyed fourteen-year-old! I was a prodigy. Won awards. Scholars thought I was great.

Florian: So why did you give it up?

A thought occurs to me:
Could anyone ‘call out’ the water spirits, or is this a lingering vestige of Thorn’s water affinity?

Anyone can make the faucet come on (it would be a pretty rough plumbing system if they couldn’t!). But Thorn’s ability here to interact with the water spirits, play with them and have them respond, is a water-affinity thing. (Same with Grassie, in the flashback storyline, calming down the fire spirits in the heating system.)