Ah, the joys of trying to render all this cross-linguistic confusion using only English words…

I don’t have the costume for it.

The pronunciation may be wrong, I’m not sure . . .

It’s okay. You didn’t know there would be money involved. Sometimes people don’t realize. I understand! We don’t have to go places. I’ll still see you here. Not right now — I have to finish laying this down.

But later, okay? I’ll talk to you again later.

So when will the Ceannic Dropkick Murphys come in with a protest concert outside the embassy gates?

Every third Thursday. Most of the non-Ceannic speaking staff are fans. none of the Ceannic speaking staff will admit to being fans. Everyone in the embassy tries very hard not to actually listen to the lyrics. Except Ragnild, who has memorized, and will belt out, all the “vaguely okay” verses in an attempt to get someone else to sing the next (invariably VERY NOT okay) line.

…okay, now I’m going to need people to rec me the most appropriate Dropkick Murphys songs.

Thank you! /adds to playlist

This is one of those interesting cultural things, where one culture has a concept, central to their view of reality, and the other doesn’t even have a word for it, isn’t it?

No, I think it’s just that Thorn doesn’t expect Leif to effectively be owned by his employer.

I didn’t think having a free time is a concept central to someone’s view of reality. The “not tied up” is likely the correct translation, it’s just that Leif doesn’t realize that it’s not normal being tied up by employment as he is.

Nah, “not tied up” isn’t a metaphor here — Thorn was using a word that meant literally, physically unrestrained.

To which Leif is all “…is it normal in your country to handcuff your servants while they’re working?”

Really? Can you imagine living a life in which you are expected to work, or in some way act to enable work (like sleeping or eating), non-stop, never acting (or failing to act) in a way that isn’t productive in some fashion? A culture where “taking a break” is not only not done, but not even conceived of?

for most people, the idea of being engaged 24/7 in a fashion that maximizes productivity would be maddening, stressful, and likely lead to burn out – but that doesn’t mean such cultures don’t or can’t exist.

If you find it hard to think of free time as central to a view point, it may be that you are in a culture that doesn’t value such wanton acts of waste, but it’s also possible that having time to do what you want is so taken for granted, that you don’t realize how central to your life it is.

To me, having the option to take some time to do something entirely based on my desire to do it, without a concern for what the time spent is worth, or how it will get me more money/credits/advance my goals/acquire resources, is a very valuable thing.

For one thing, it let’s me read good works of fiction, like this one.

I think in this case free time might be expressed a little differently. Say a person really enjoys weaving, the holder of their contract might allow them to weave and even keep a couple of their textiles – does that still count as work to the weaver?

Yes, because the weaver may only weave when permitted, and further, can only weave what they are allowed to weave, and have no control over what happens to their output. They may be forced to weave, as well. It is, most certainly, work.

I’m rereading this and I only just got the furry pun. 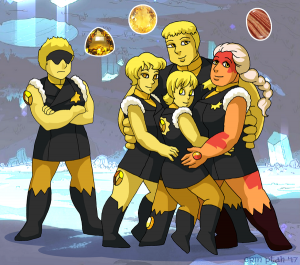