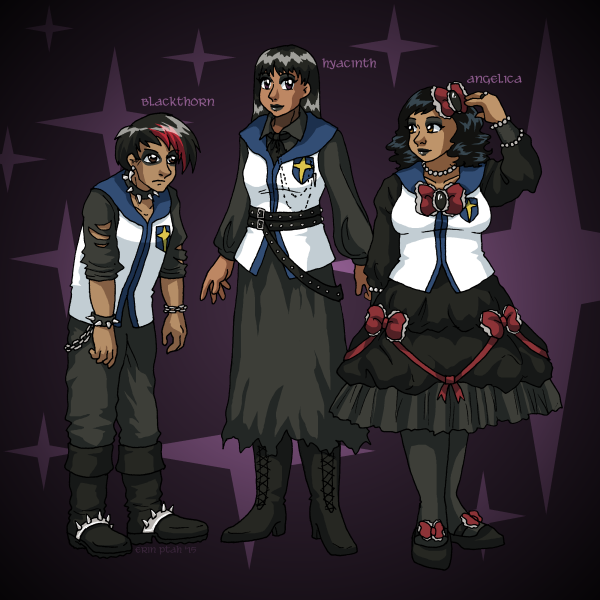 “…while the normal folk are sleeping, if I only were a goth.”

We’ve met Thorn’s niece Hyacinth, now meet her BFFs: spiky Blackthorn [a couple of name-changes ago] and elegant Angelica. The brightly-colored vest is their school uniform, so they make the rest of their clothing as dark and gloomy as possible to compensate.

(The Leif & Thorn universe doesn’t have a concept of angels, but they still have characters named after angelica. Don’t think about it too hard.)