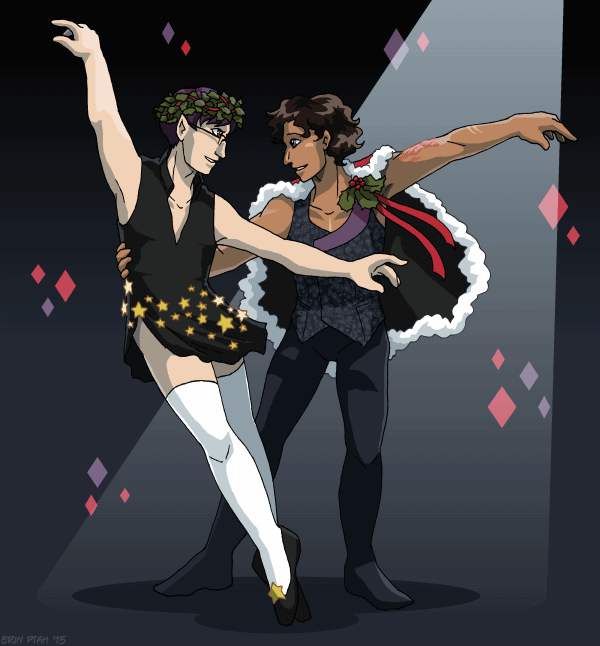 (Or rather, fanservice for the analogous in-universe “hooray, we survived the solstice, the sun is coming back” holidays.)

Leif celebrates Szélanyanatt, commemorated with a holly-wreath circlet and a bunch of stars. Normally the circlet would have candles attached, but “ballet dancing + live flame” didn’t seem like a safe combination.

For Thorn, the more common holiday symbols are fur-trimmed clothes — in his country, those aren’t the norm for most of the year, so they seem special — and ribbons. Lots of ribbons.

Pfffffffft, I like the way you described midwinter celebrations.

People talks about spirit of Christmas but THIS is the true meaning of all those different celebrations around the time … the hardest part of winter usually only comes after that, but we don’t need to worry, sun is returning. And there is additional celebrations for when you survive whole winter later. Not sure how bunnies got into that one, though …

Well, springtime has the celebration for “okay everyone, time to plant the fields and raise baby animals, let’s all cheer for them to grow well so we can keep eating through the next year.” And bunnies are famously fertile — just like you want your crops and livestock to be.