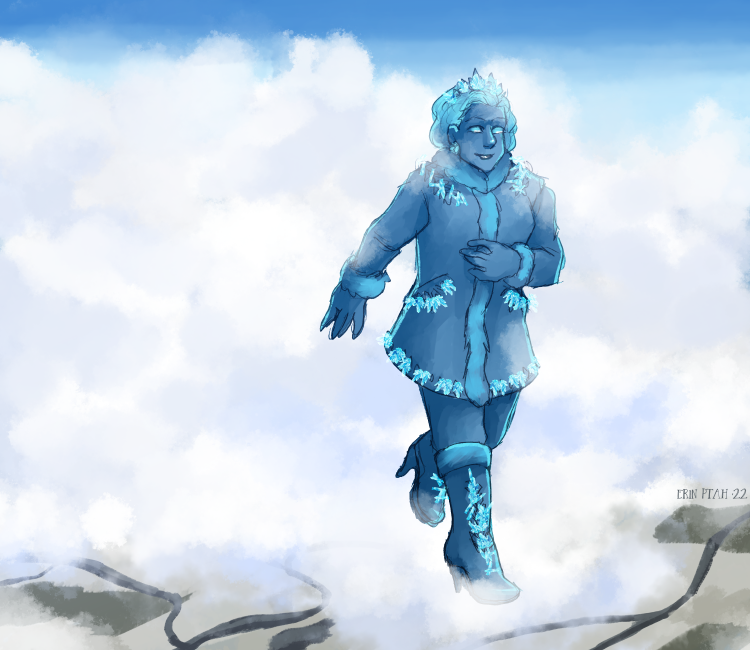 Reward art for a Leif & Thorn Volume 4 backer, who wanted a scene like this with one of the mythical/legendary figures in-universe.

Gørsimi: patron of treasure. Depicted with elegant features, wearing ornate clothing and elaborate jewelry. She taught the craft of spell-engineering to the first humans. Still occasionally prayed to by magical programmers trying to find an elusive dropped comma.

She’s part of the ancient pantheon that used to be followed in Sønheim. I designed a team of them years ago…and then never did anything with them again, whoops. Nice to have a reason to bring this one back.

By Gørsimi being part of an ancient pantheon, do you mean the Pantheon of Kolpos or is this a different one?

…it’s right there in the sentence, “the ancient pantheon that used to be followed in Sønheim.”

I guess I’m not keeping the countries and regions straight. The nation of Sønheim is part of the region Norden, therefore not the region of Kolpos. Right?

The wiki has a page of all the countries, if you ever need to check a reference!

I suppose that by “occasionally” you mean “way more often they would like to admit”.