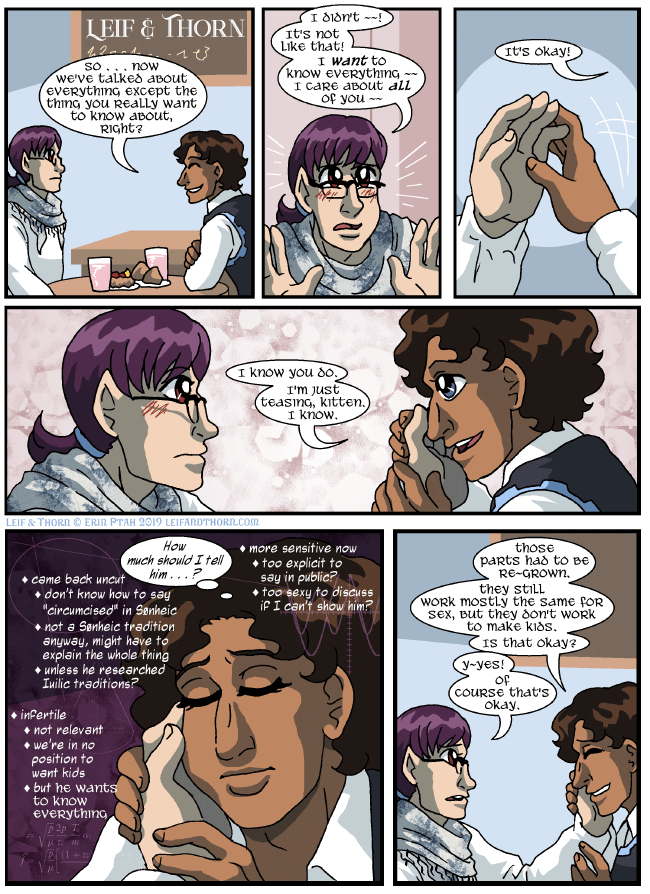 Thanks to everyone who joined the conversation on this post! The poll is now closed, this information committed to canon.

Thorn: So . . . now we’ve talked about everything except the thing you really want to know about, right?

I know you do. I’m just teasing, kitten. I know.

Thorn: Those parts had to be re-grown. They still work mostly the same for sex, but they don’t work to make kids. Is that okay?

I think there’s disagreement between the rabbis who think he needs to get re-circumcised, and the rabbis who think once is enough. But in practice it depends on how observant the community is–more traditional rabbis will make you have a second bris, and more modern/assimilated rabbis won’t care.

Do Iuilic folk in Ceannis have similar ideological distinctions to North American Jews?

Well, there’s no religious observance or obligation involved, so I wouldn’t try to map anything directly.

But there’s definitely a spectrum of how insistent people are on following/upholding all cultural traditions. And there’s differences of opinion about how those traditions apply in unusual situations.